Michigan Millionaire Elsa Prince Staring In New Commercial
She Gave $450,000 To End Gay Marriage
Commercaial is On Current TV
She is the Mother of BlackwaterÂ’s Erik Prince

Elsa Prince serves on the Board of Directors of James DobsonÂ’s Focus on the Family and DobsonÂ’s Washington, DC lobbying arm, the Family Research Council (FRC). She is one of DobsonÂ’s most loyal followers and has given millions of dollars to his organizations. 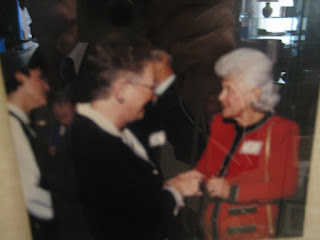 PrinceÂ’s son is far more famous than she; Erik Prince is the founder and head of Blackwater, the private security firm that has a $500 million annual contract with the US Government to provide private armies in Iraq and Afghanistan. Erik Prince appeared before Congress last year, which concluded that Blackwater was, Â“Â…staffed with reckless, shoot-first guards who were not always sober and did not always stop to see who or what was hit by their bullets.Â” [New York Times, October 1, 2007]

The Californians against Hate commercial features the innocence of Elsa’s young grandson bewildered by his grandmother’s mega contribution to Yes on 8. It is very similar to “Daisy Girl – 2008” http://current.com/items/89364765_daisy_girl_2008
which stars San Diegan Terry Caster whose family gave $293,000 to Yes on 8. Both commercials are patterned after President Lyndon Johnson’s famous ad “Daisy Girl -1964” with a little girl, a daisy and a nuclear bomb explosion. That is arguably the most famous political commercial in American history. http://electioncenter.military.com/2008/06/lyndon-johnsons.html 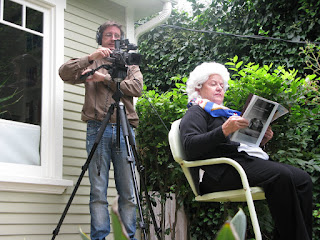 The commercial was filmed, directed and edited by John Keitel of Shelter Productions. Some of JohnÂ’s other work can be seen at: http://current.com/people/JohnKeitel

Californians Against Hate was formed in July of this year to bring attention to the major donors to the Yes on 8 campaign.